The Battle of Charleston (First) 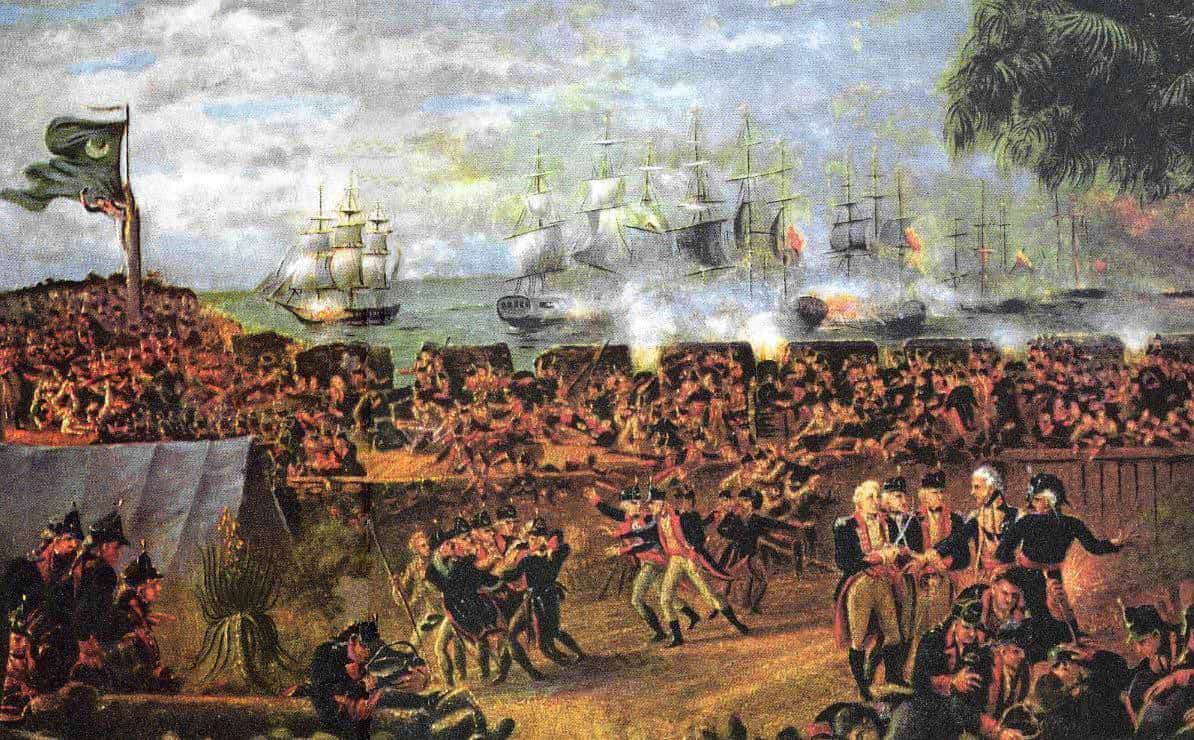 Facts about the Battle of Charleston (First) 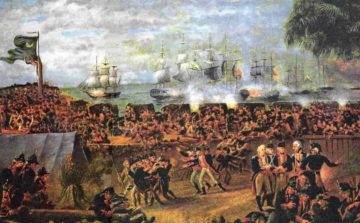 Picture of the Battle of Charleston

As Continental commander Major General Benjamin Lincoln was undertaking his counteroffensive against the British and heading towards Augusta, Georgia, Brigadier General Augustin Prevost knew that the best way to stop Lincoln's advance was by the indirect strategy of threatening the city of Charleston. The British hardly met any resistance on their way that they pushed on to Charleston.

On May 11, a British 900-man advance guard had crossed the Ashley River and moved south along the Charleston peninsula. Brigadier General Casimir Pulaski, the area's Continental dragoon commander, was beaten by the British that afternoon.

With 80 Continental troops, he quickly put his infantry into an ambush position within site of the defenses of Charlestown at the Old Race Track. Pulaski left the positioning of the troops to Colonel Kowatch, and went forward to lead the British cavalry into the ambush. Major James Moncrieff, commander of the engineers, in charge of the British vanguard.

Pulaski advanced until he encountered the Georgia Dragoons, commanded by Capt. Thomas Tawse. Tawse ordered his troops to charge Pulaski's Legion. Pulaski rode back to the ambush site, but the Patriots were not in position. The British rode into the ambush site, attacked the Patriots, and drove them into the woods. Kowatch was among the Patriots that were killed. Brigadier General William Moultrie had sent out a screening force but the British pushed through it. Moultrie, with the assistance of Pulaski, was tasked with providing the defense of Charleston.

Once the British closed in on the Charleston defenses, they demanded the surrender of the town. For the remainder of the day, Pulaski was making negotiations with the British. The Charleston's townspeople proposed a deal with Prevost. If the British forces would immeadiately leave the area and leave the town alone for the duration of the war, the town would promise to pledge their neutrality and abide by the terms of the eventual winner of the Revolutionary War. One of the reasons for this proposal was said to be because of Congess was discussing arming Negros.

Prevost demanded that the Continentals inside of Charleston was to surrender to him. Pulaski and the townspeople refused this term and the negotiation broke down. That night, Governor John Rutledge, sharing in the responsibilities of defending Charleston, had sent Major Benjamin Huger and a small force out to repair a gap in the abatis.

Rutledge did not inform Moultrie about the repair party being sent outside of the defensive lines. When Moultrie's troops saw the movement outside of their lines, they opened fire on Huger's party with muskets and artillery. Huger and 12 of his men were killed in the attack.

Moultrie was given overall command of Charleston. The townspeople were scared by the Moultrie's artillery fire. They thought that the cannonade meant that they were going to be exposed to an all-out British assault. Because of this, Moultrie was asked to renew Prevost's original surrender offer.

On May 12, at 3:00 AM, Prevost recieved the new message and he refused it. That night, Prevost learned that Lincoln was returning with his force from Augusta. Prevost withdrew his forces to James Island and then to Johns Island.