Delaware Regiments in the Continental Army 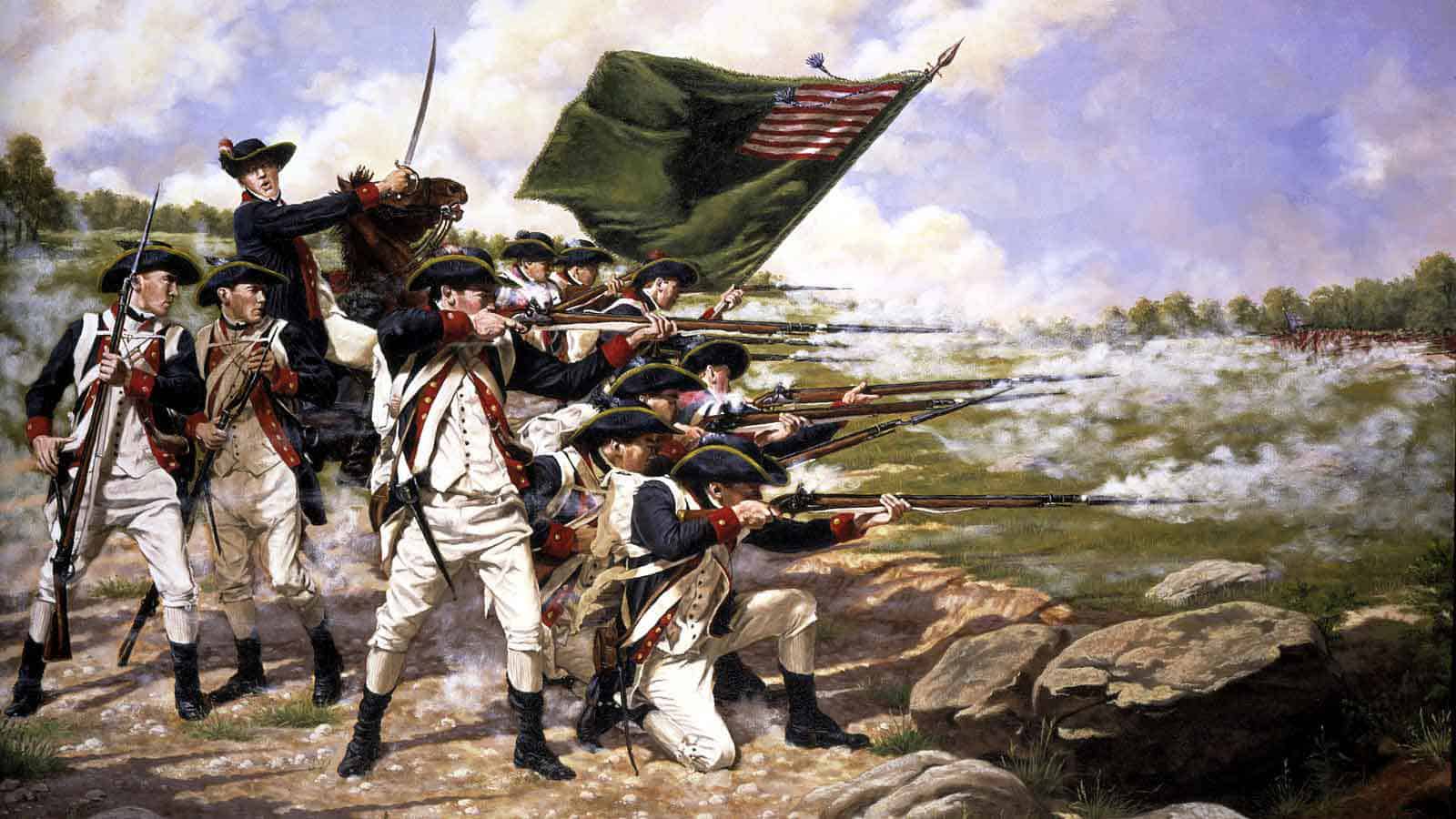 The smallest of the state lines  belonged to Delaware. On 9 December 1775 the Continental Congress authorized a single regiment to serve for a year, and the state government recruited it in early 1776, with John Haslett as colonel.

Some of the companies saw their first action on the shores of Delaware Bay by capturing a boat from the Royal navy frigate, the HMS Roebuck.

The regiment achieved a higher level of training than many other units because its adjutant was a former British captain. It went to New York City and gained fame during the defensive battles in that campaign.

The regiment reenlisted for the duration of the war in 1777, now under the command of Colonel David Hall. The regiment continued to perform well in the main army, initially serving in the Maryland Division and then, in 1778, in a Virginia division.

It rejoined the Marylanders in 1779 and accompanied them south in the spring of 1780. It was shattered in the battle of Camden, with only enough men remaining to form two companies.

Those companies stayed in action through Nathanael Greene's campaign, with the other officers returning home. New recruiting enabled two more companies to join General George Washington for the siege of Yorktown, and then went to Greene to relieve the two veteran companies.

The last of the regiment went on furlough in early 1783, and formally disbanded on 15 November of that year. 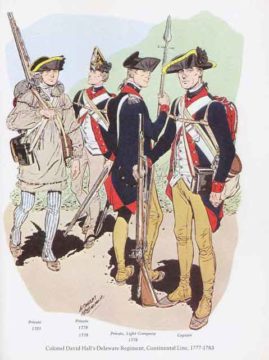 The regiment would see action during the New York and New Jersey Campaign (1776-77), Northern Theater (1778–1782), Philadelphia Campaign 1777-78, Defense of the Carolinas, Greene's Campaign.
Southern Theater 1775-82
It took part in the following major battles:

Links to Delaware Units in the Revolutionary War